Jochebed And The Pharaoh’s Daughter

Women Of The Bible

Jochebed And The Pharaoh’s Daughter

*Think about those brave midwives and the risks they took to keep the baby boys alive. Verses 20-21 tell us that God blessed them for their bravery and faithfulness.

*The Bible tells us that Amran actually married his Aunt. Jochebed must have been a much younger sister of his father. Intermarriage was a normal occurrence at this time.

“While this decree was in full force a son was born to Amram and Jochebed, devout Israelites of the tribe of Levi. The babe was “a goodly child;” and the parents, believing that the time of Israel’s release was drawing near, and that God would raise up a deliverer for His people, determined that their little one should not be sacrificed. Faith in God strengthened their hearts, “and they were not afraid of the king’s commandment.” Patriarchs and Prophets, E.G. White, P242-243

“The mother’s earnest prayers had committed her child to the care of God; and angels, unseen, hovered above his lowly resting place. Angels directed Pharaoh’s daughter thither. Her curiosity was excited by the little basket, and as she looked upon the beautiful child within, she read the story at a glance. The tears of the babe awakened her compassion, and her sympathies went out to the unknown mother who had resorted to this means to preserve the life of her precious little one. She determined that he should be saved; she would adopt him as her own.” Patriarchs and Prophets, E.G. White, P243

*It’s ironic that the Pharaoh wanted to kill all the Hebrew baby boys but here is his own daughter saving one! God is so good and He always finds a way, often in ways we don’t even think of. Just like Moses parents saw something special in Moses so did the Pharaoh’s daughter when she looked upon Moses face. God chose the Pharaoh’s daughter to save His leader and Prophet who was to do a great work for Israel.

*What an incredible answer to prayer. God honoured Jochebed’s faithfulness and allowed her to take care of her own son. Jochebed was a humble slave living in extremely difficult times. Jochebed knew she had only a limited time with her son to teach him about the love, mercy and faithfulness of God. Jochebed knew that when it came time for Moses to go and live in the Palace, God would not be worshipped there.

“She kept the boy as long as she could, but was obliged to give him up when he was about twelve years old. From his humble cabin home he was taken to the royal palace, to the daughter of Pharaoh, “and he became her son.” Yet even here he did not lose the impressions received in childhood. The lessons learned at his mother’s side could not be forgotten. They were a shield from the pride, the infidelity, and the vice that flourished amid the splendour of the court… The whole future life of Moses, the great mission which he fulfilled as the leader of Israel, testifies to the importance of the work of the Christian mother. There is no other work that can equal this.” Patriarchs and Prophets, E.G. White, P244

Here is the fruit of Jochebed’s faithfulness. Take a moment to think about the faith of Jochebed. She gave up her son twice! Once as a baby to the fate of the river Nile and the second time to the Pharaoh’s daughter to live in the palace. Put yourself in her shoes – could you do the same? It’s a challenging thought. What can we learn from the life of Jochebed?

“So Jesus answered and said to them, “Have faith in God. For assuredly, I say to you, whoever says to this mountain, ‘Be removed and be cast into the sea,’ and does not doubt in his heart, but believes that those things he says will be done, he will have whatever he says. Therefore I say to you, whatever things you ask when you pray, believe that you receive them, and you will have them.”. 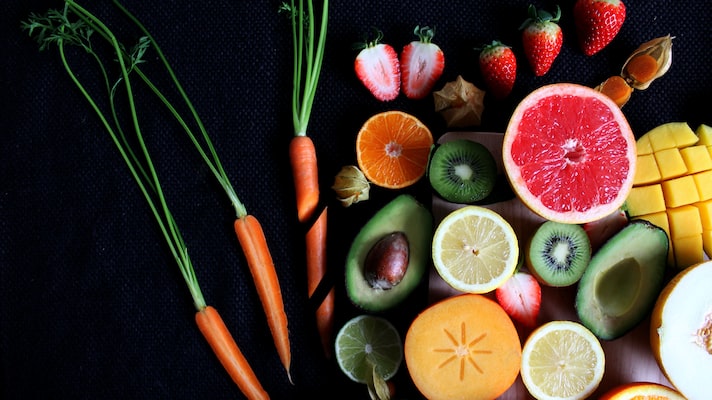 What is the healthiest diet?